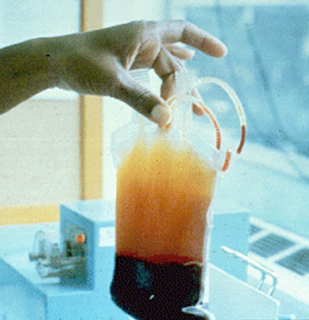 The mean diameter of RBCs is 7.8um and a thickness of 2.5um

The Adult Human being has about 7000 white blood cells per microliter of Blood (in comparison with 5 Million RBCs): Of the total WBCs, the normal percentages of the different types approximately the following:

Serum cannot clot because it lacks these factors.

The action of Heparin lasts about 1.5-4 hours.

The Normal prothrombin time is about 12 seconds.

Comparison between Neutrophils and Macrophages:

Neutrophils :A single neutrophil can usually phagocytize 3-20 bacteria before itself becomes inactivated or dies.

Macrophages:They are much more powerful phagocytes than neutrophils often capable of phagocytizing as many as 100 bacteria.

Stimulation of Growth and Proliferation of Cytotoxic and Suppressor T cells:

The Lymphokines interleukin-2 has an especially strong stimulatory effect in causing growth and proliferation of both Cytotoxic and Suppressor T cells.

Stimulation of Growth and Differentiation to Form Plasma cells and Antibodies:

Especially interleukin 4,5 and 6 have such potent effects on the B cells that they have been called B-cell stimulating or B cell growth factors.

RBC's normally circulate an average of 120 days before being destroyed

Email ThisBlogThis!Share to TwitterShare to FacebookShare to Pinterest
Labels: FAQ's