It is telescoping or invagination of one portion of bowel into the adjacent segment. (proximal into distal)


Ischaemia leads to sloughing off of the apex which in turn lead to bleeding which mixes with mucus to produce the classic currant jelly that is passed per anum.

Gangrene may lead to perforation and peritonitis. 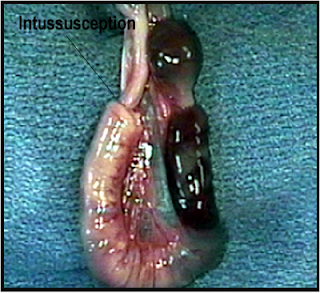 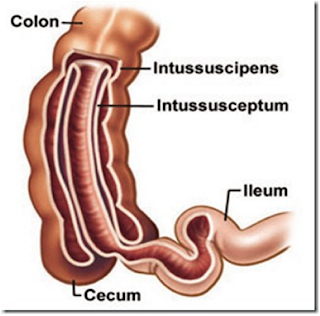 C/F
In extensive ileocolic and colocolic intussusception, the apex may be palpable or even protrude from the anus. 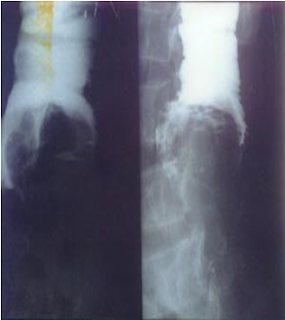 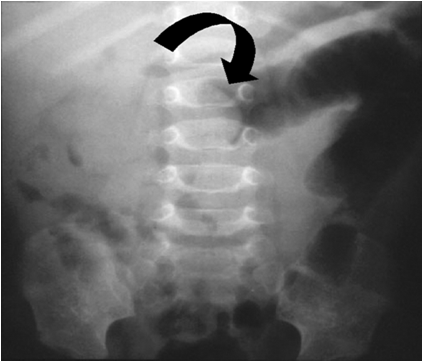 Then reducing by squeezing the most distal part of the mass in cephalad direction.

In difficult cases- Cope’s method- little finger gently inserted into the neck of the intussusception and separation of adhesion is tried.

Thumb and finger are placed in such a way to deinvaginate the apex.

In case of irreducible or gangrenous intussusception- mass excision.

Email ThisBlogThis!Share to TwitterShare to FacebookShare to Pinterest
Labels: Surgery